Modum
13/02/20 00:00
Warehousing is an important aspect of a products journey from manufacturer to consumer and often underestimated compared to when goods are on the move. New technologies are making intelligent warehouses and smart logistics management a reality. These innovations transform warehouses from a place where products are stored into a strategic business tool. When done right, warehouse management not only saves time, reduces costs and boosts efficiency, it also has a direct impact on customer experience. In the age of same-day deliveries and soaring B2C demands, traditional warehousing and supply chain systems no longer make the grade. 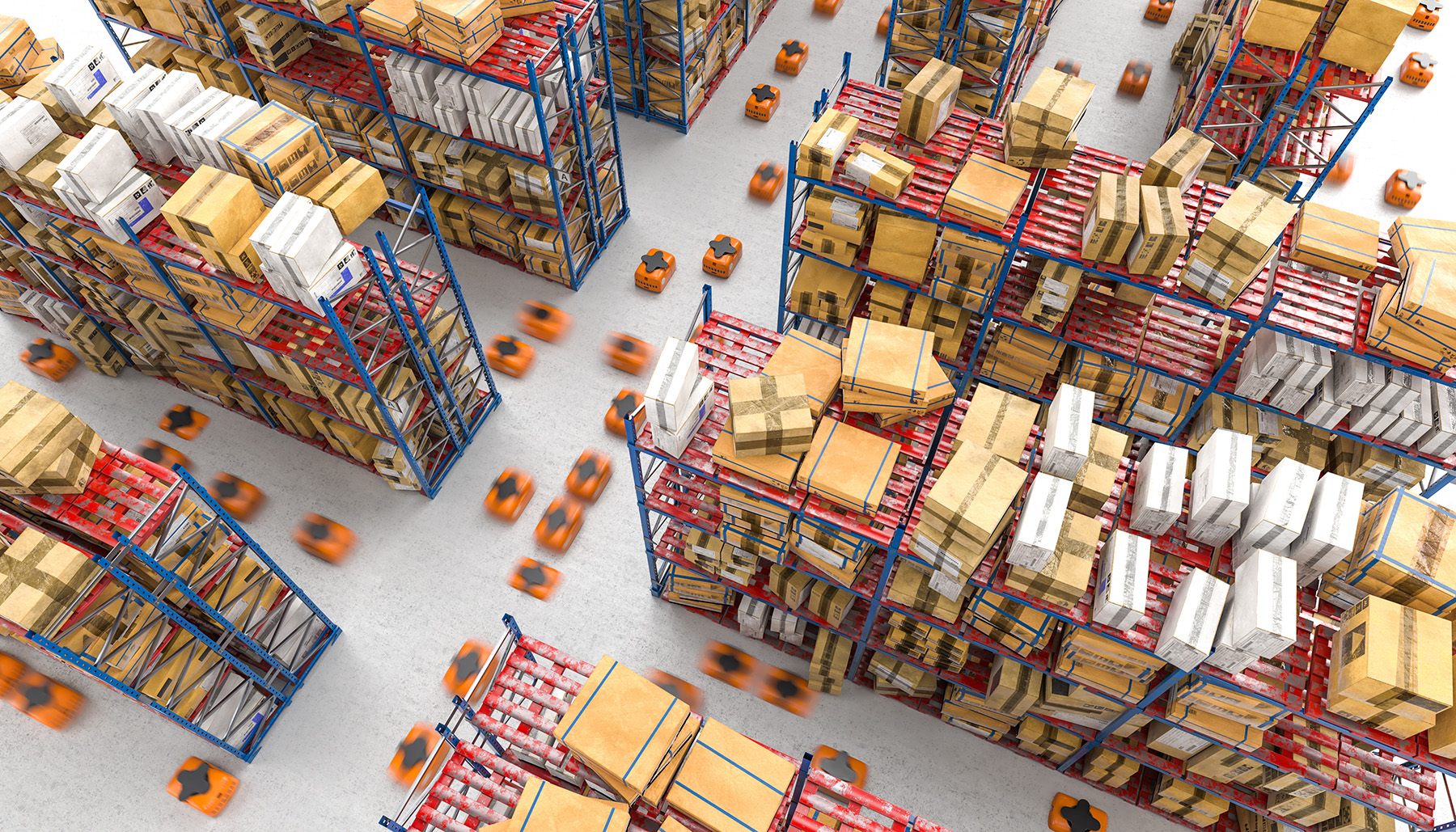 In 2012, Amazon spent USD 775 million on a fledgling robotics company called Kiva Systems. The investment showcased that the e-commerce business was getting serious about warehouse automation. Fast-forward to 2019 and Amazon is already using smart robots to speed up their order fulfillment processes.

But this doesn’t mean that robots will replace everything right away. Scott Anderson is Amazon’s director of robotics fulfillment. In a 2019 interview with Reuters [1], he explained that it will take at least 10 years before Amazon’s warehouse is fully automated. Even in environments that are perfectly suited to make the switch to entirely robotic labor, like an Amazon warehouse, there is still a lot of work to be done before robots can replace human workers, he said.

Warehouses but with Brains

Take one look at Ocado’s warehouse in Andover, southeast England, and you may have disagreed. Called “the hive” or “the grid”, the 18-acre facility resembled a chessboard and was run almost entirely by robots. This massive machine-like intelligent warehouse saw groceries going in on one end and orders coming out on the other, with almost no human intervention. The robots were able to pick and pack a 50-item order in a matter of a few minutes.

The epitome of Industry 4.0 and smart logistics management, the British online retailer’s facility leveraged the intersection of technologies like cloud, telecommunications, big data, the Internet of Things (IoT), blockchain and artificial intelligence (AI). The smart robots were sent information via an unofficial 4G network, which was custom-built by Ocado. Using specially designed RFID tags and IoT sensors, the company could automatically track when products entered or left the warehouse, which maximized visibility and reliability. And the company used AI to make predictions around product demand, to plan the most efficient delivery routes and run routine maintenance on their 1,000-robot strong fleet.

But in February last year, their operations were hit with a major setback when the facility caught fire. Caused by an electrical fault, a report into the incident found that the fire was able to get so out of control because staff had turned off the warehouse’s state-of-the-art, automated sprinkler system allowing the fire to burn for almost an hour undetected.

A report into the incident – which cost Ocado a massive GBP 100 million – cited "system failure and human factors" as being "contributory to the eventual outcome" [2]. Organizations considering intelligent warehousing should learn two key lessons from the Ocado incident.

Firstly, if you plan to run an automated, smart warehouse you need to have eyes and ears on every inch of the facility. For example, had Ocado used temperature mapping across their warehouse and fitted all robots and other machinery with temperature sensitive sensors they may have had a fighting chance to locate and extinguish the fire before things got too out of hand. In addition to ensuring that their temperature sensitive FMCGs are prevented from perishing, these sensors are used to monitor very small areas and give better warnings.

Secondly, the Ocado fire represents a combination of system failure and human error. Research shows that the vast majority of accidents in the workplace are caused by human error. If Amazon’s Scott Anderson is to be believed, people will be working alongside robots for years to come. This makes it critical for organizations to invest in training so that all members of staff have a clear understanding of the technologies they’re using and the processes that people need to follow should something go wrong.

In August 2019, Future Perspectives released a paper [3] titled: Planning for the Warehouse of the Future. According to the report, the solutions emerging today provide the speed and agility to support core capabilities and market needs. However, these requirements are only set to continue to evolve alongside the demands of the future and organizations need to keep up. According to the paper, supply chain managers should view these technology and market changes as an opportunity to increase productivity throughout their warehouses. For Ocado, this means rebuilding and using the lessons learned after the loss of their state-of-the-art warehouse to do things better in the future.

How does your organization ensure the human element is taken into account when implementing digitalization projects?

How Starbucks has Mastered Coffee Logistics

AI and Blockchain are Changing the Face of Logistics